Get A Moving Quote

Are you considering moving? Let us make the process simpler by providing a transparent and straightforward assistance designed to protect the assets you hold most dear. Taking in account the comprehensive market knowledge, we treat every move as a unique case, understanding full well that our reputation as a company is always dependent on the job at hand, and not on a past legacy. Building up our reputation within the Rancho Santa Margarita movement and beyond, let us show you what a home service company can be. 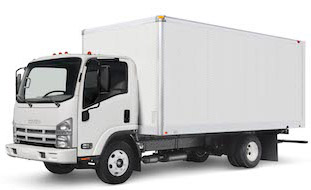 Our Main Features
Final Quotes
No Hidden Fees
Experienced and Friendly Movers
Insured and PUC Licensed
Free Protective Materials
Professional Equipment
Personal manager to coordinate your move perfectly
What Our Clients Say
Give Us a Call
(855) 448-9844
We Will Call You within 5 min.
Or Get a Fast and Easy Quote
Services Offered by Us

If you are interested in learning more about the services we can offer, then please do not hesitate to contact us. We look forward to hearing from you!

If you have already an experience in relocation to another places and cities with your belongins, then you probably understand the complexity of this process. The team of Rancho Santa Margarita movers knows how frustrating relocation process can become and makes the job fast and well. Using the services of One of Best professional moving companies in Rancho Santa Margarita, you simplify the process of relocation.

You may even not participate in the process of you do not want to.

You should not worry about the packaging material: our packers will pack your belongings and wrap the furniture without damaging and scratching it.

You are guaranteed that your belongings will be safely transported to the new place. As before the relocation event you sign a contract with the company and insure your belongings you may be sure: we will take care about your things the best way.

Rancho Santa Margarita is a young city in Orange County where almost 50.000 people live today. The concept of creating the city was to make a place which is free from fuss, crime, bad ecology, traffic jams and depressed atmosphere. American people are frustrated from all these things, they want to have something different.

The city residents sincerely believe there is no place better than Rancho Santa Margarita. If they relocate somewhere, they do it within the city or its smaller communities, mentioned above. They adore their city and their life. When our guys get a new task to help a person relocating to the city or visiting Orange County area, they do their best to make this move a pleasure. Often people hiring us find friends among our devoted and sincere guys.

We would love to hear from you

Do you have any comments or ideas you would like to share with us? Please feel free to call us or send us a message. We love to hear from you and get your opinions!

This service may be provided to you by a licensed and insured subhauler authorized by the Department of Consumer Affairs of Bureau of Household Goods And Services.